Bill-of-Lading (BOL) is a required document in the shipment process that provides all parties, the consignor, consignee and carrier, with the pertinent details needed to ship the product and invoice it correctly. 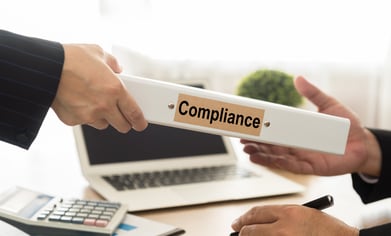 Three-Fold Function of the BOL

Some fail to recognize is the bill-of-lading exists as a legally binding contract between the freight motor carrier and the shipper that brings with it mountains of written and case law.

Proof-of-Delivery (POD) provides written confirmation that the transportation of goods was received complete.  The signing of the BOL to acknowledge the product arrived as documented on the BOL is a critical step in the shipping process, but sometimes overlooked until there is a dispute.  With that said, it is critical the receiver validates the count and there is not damage to the freight before signing off on the BOL.  Once the BOL is signed free and clear, otherwise known as a Free BOL, there is no recourse for short ship or damage because at that point title has transferred as there is no way to prove theft or damage did not occur at the delivered facility.

Key Elements of a BOL include:

Difference between a Negotiable and Non-Negotiable BOL

A negotiable BOL instructs the carrier to deliver the goods to anyone in possession of the original endorsed negotiable bill, which represents control and title of goods.

A non-negotiable bill of lading designates a specific consignee the goods are to be shipped and does not represent ownership of the goods.

A negotiable BOL must be used for a documentary sale.

It should also be noted the road-freight industry is becoming increasingly technologically focused.  Paper and phone-based processes are still common.  However, it is hard to deny the impact automation has had and will continue to be had on documents like BOLs and PODs.

For additional content on shipping processes and who is doing it best:

To learn more about Intek Freight & Logistics and the logistics industry, we invite you to visit our website and subscribe to our weekly blogs.

Anna - Marketing & Supply Chain Intern for InTek Freight & Logistics, a company focused on being the place where companies come when faced with a logistics problem.