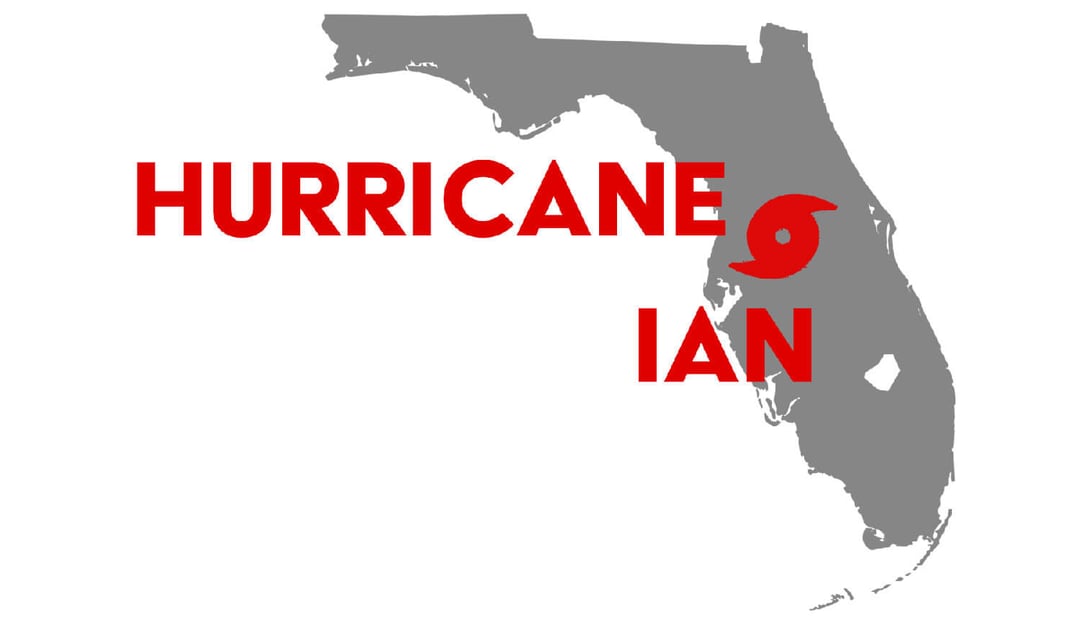 As this article is being written, Hurricane Ian has begun pounding the southwest coast of Florida with historic  storm surge and heavy winds, with soaking rains just beginning to affect the state as well. What does this Category 4 hurricane mean in terms of freight impacts in Florida and beyond? To start with, many cities ordered evacuations ahead of Ian's arrival, including Tampa, St. Petersburg, Sarasota, Fort Myers and Naples - as well areas in between. Consequently, businesses in those areas in essence shut down even before the storm arrived, with the expectation that even in a best case, low damage scenario, business activity wouldn't resume until the weekend or next week as evacuees returned. More specifically for freight, the Port of Tampa, SeaPort Manatee,  the Port of Miami and the Port of Jacksonville announced closures surrounding the storm, halting or diverting ocean cargo in those locations. Operations for railroad and trucks were also affected even before Hurricane Ian's arrival, with pre-emptive action plans affecting both CSX and Florida East Coast Railways. With roads already affected due to evacuations, delays in truckload and LTL services in Florida also began ahead of the storm. Airports also suspended operations before its arrival. For broader supply chain issues, according to Resilinc, more than 4,500 factories, warehouses and distribution centers are in the storm's path. Now that Hurricane Ian's force is being felt, many parts of the state are shutdown and will be in a wait and see mode to see just how much damage to roads, bridges, ports and railways occurs, before any type of normalcy can resume.

What happens next with Hurricane Ian supply chain impacts?

Hurricane Ian's effects on supply chains - just as its effects on residents and businesses in Florida - are just beginning. Already as of this writing, more than 800,000 Florida customers were without power - a number only expected to grow with an unclear prognosis for how long the outages will last. Damage from Hurricane Ian is also expected to stretch inland and north into Georgia and potentially other southeastern states. That means any freight activities will at best be slowed down for a number of days moving forward, and at worst be shutdown in these areas. As we've gone over previously, treacherous conditions will keep trucks off the road, trains off the tracks, planes on the ground and ships headed elsewhere. Carriers often shift capacity to other areas to keep it in circulation while storms hit, which then means returning takes time even once conditions improve. For those areas suffering damage, flood waters will need to recede and debris from trees, structures and more will need to be removed to get a clear assessment of transportation lanes - some of which will need repair. And once conditions do improve enough, significant freight capacity then shifts into disaster relief mode, with many carriers serving as FEMA Tender of Service partners. That means reduced capacity for general freight moving elsewhere and likely a bump in spot rates. Supply chain-wise, certain supplies and production facilities based along the storm's path may be interrupted for an extended period - for instance, the Florida orange crop (and products coming from it) is expected to be severely affected.  And again, as noted above, production and freight movement will be interrupted even for those areas that avoid the worst damage as evacuees return and power and communications come back online.

If have questions about freight during hurricane season or any other time, let us know. Just fill in our brief form and we'll get right back to you to discuss your needs. Rather do a bit more research first? Visit our Learning Center for videos, articles and eBooks on all things freight and logistics.