The purpose of this weekly update is to provide shippers with the latest intermodal shipping news that is impacting freight capacity and service across both the US truckload and intermodal markets. 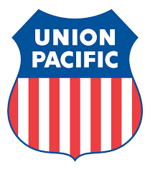 UP is projecting next week may be their most challenging week yet in terms of equipment availability, especially with the impacts of a holiday weekend.

Overall chassis supply is very challenged due to elevated street time and current ramp congestion. Several terminals have closed for empty ingates to help mitigate congestion, but this will challenge empty repositioning opportunities for next week.

Norfolk Southern continues to work through the impacts of Hurricane Ida. NS has resumed regular operations in New Orleans, but there continues to be delays due to slow orders and signal issues. Interchanges are open with the exception of the interchange to Canadian National which is still blocked and we are working with our partners through the backlog.

CSX continues to perform repair work on track and signals on the New Orleans & Mobile Subdivision along the Louisiana-Mississippi coast.

CSX Transportation has restricted the number of domestic containers it will accept in Chicago for the second time in as many months, as the eastern US railroad struggles with heightened demand amid a disruption to Norfolk Southern Railway’s (NS’s) intermodal network.

The decision has sent shippers scrambling to truckload with NS metering traffic from Chicago to destinations such as Harrisburg and Allentown, Pennsylvania, and Atlanta owing to ongoing chassis repairs limiting service since June.

BNSF teams have made progress in restoring rail operations in Louisiana impacted by Hurricane Ida.

The Lafayette, Louisiana ramp is in full operation and nearly the entire main line between Lafayette and New Orleans has reopened.

Just one location, approximately 10 miles east of Raceland, remains out of service with downed power lines on the tracks. Service restoration through this location is pending the removal of those lines by utility company crews.

Interchange with some carriers in New Orleans, Norfolk Southern and New Orleans Public Belt Railroad, is available involving traffic east of our affected main line segment. Interchanges in New Orleans with other carriers, including CSX and Canadian National, remain under embargo.
In response, BNSF is rerouting some affected trains through alternate gateways.

The derailment on the Kingston Subdivision (Prescott, Ontario) that impacted service this week was finally cleared Saturday, September 4, 2021. Both directions are now in full operation.

Included in the article is the discussion on how container dwell continues to be the big problem.

Los Angeles and Long Beach port managers said that although expansion projects and extended gates have helped the terminals to move record container volumes, cargo forecasts indicate the coming weeks will be brutal.

Port and terminal managers said retailers and manufacturers must accelerate the removal of inbound containers, and drayage companies should make better use of appointment slots that are available to them. An indication of the magnitude of the problem was found in the following stats: 30 percent of the daytime appointment slots and 40 percent of the second-shift slots go unused.

In other words, the port can handle the volumes, but the cargo is moving too slow.

With a second wave of container dwell times and ships at anchor approaching record levels, congestion in Southern California will get worse over the next three months when import volumes are likely to set new records.

In the US, ports and inland rail ramps are experiencing congestion issues and chassis shortages, and rail networks are stretched to the point where railroads are forced to pause or meter intermodal services.

US container shipping girds for new reality of under capacity

The US container shipping system has maxed out its capacity and there are growing signs that it will only get messier in the foreseeable future for shippers and their transportation partners.

The elevated volumes have been unrelenting. On a year-over-year basis, US imports from Asia have risen by double-digit percentages in every month since August 2020.

As the SoCal ports struggle, so too does the entire SoCal freight capacity market, hence the reason for the focus on the LA / LB port activity   And as it stands now, the SoCal’s struggles are spreading throughout the US freight network.

Congestion has spread from Southern California up the coast and onto the East Coast and to inland hubs such as Chicago and Memphis.

C.H. Robinson Worldwide imposed a $175 per container surcharge at several US ports and one inland market starting Sept. 1, as port congestion threatens to choke its inland freight networks.

The surcharge will remain in effect until the end of December, at which time it will be reevaluated.

The importance of this move is that it opens up other providers to take the same action.