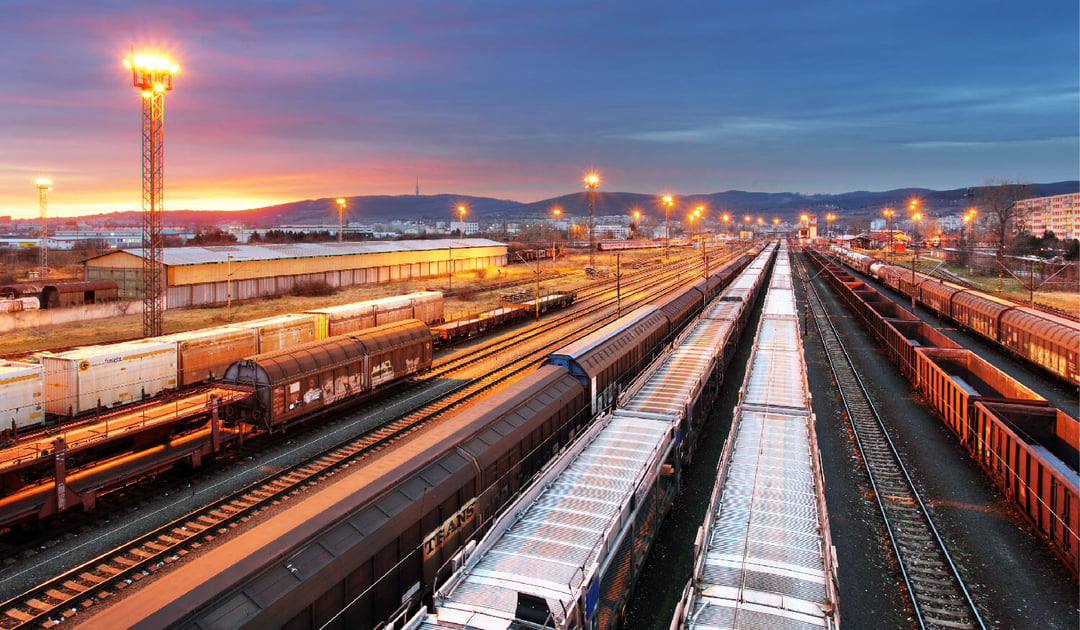 The final votes are in on the tentative agreement between Class I railroads and rail workers, as the two largest unions split on contract ratification decisions today - making a December strike look like a definite possibility. While the Brotherhood of Locomotive Engineers and Trainmen (BLET) approved the agreement, membership of the Smart Transportation Division (SMART-TD) voted theirs down. Technically SMART-TD had two separate agreements to ratify, with the larger portion of membership narrowly voting no (49% yes and 51% no) on theirs and a smaller portion - representing yardmasters - voting yes. The final ratification tally of the 12 unions involved in negotiations is 8-4 (or 9-4 including the split contract) approving the agreement, but the key in terms of potential railroad strike implications is the solidarity between unions. Even after announcing the 'yes' vote today, BLET leadership reaffirmed that its members will honor other unions' decisions to strike - something that now looks very possible - on Dec. 9, the end of the cooling off period announced by SMART-TD which the other no-voting unions are likely to follow (though the Brotherhood of Railroad Signalmen (BRS) currently holds a cutoff date four days earlier). A strike would likely occur on that date if new negotiations with railroad leadership fail to produce an agreement to the liking of the non-ratifying union membership - though government involvement is certainly possible as well. BLET is the founding member of the Rail Conference, International Brotherhood of Teamsters and represents about 24,000 professional engineers and trainmen. SMART-TD (which represents conductors and other rail workers) is the largest rail union by members at 36,000 and combined with the second largest - the 23,000-member Brotherhood of Maintenance of Way Employees (who also did not ratify the contract) - make up nearly half of all railroad workers in the country.

What's next for railroad strike and negotiation possibilities

With all votes in, the smoothest avenue to avoiding a railroad strike is a negotiation that leads to a new agreement palatable to remaining union members who voted 'no' on ratification. The good news is, unions and carriers are back at the table even today. The main issue cited in the votes against the tentative agreement reached in September has been sick pay - as in federal paid sick leave. While the new agreement includes added quality of life provisions above what the current contract offers - like time off for certain medical events and preventative care - leaders of those unions that failed to ratify have suggested it does not go far enough in that regard, while the carriers have said it does. If negotiations between the two sides do not lead to a change in terms (which the carrier side seems fairly firm on so far), some believe the Biden Administration will get involved again - as it did in September to help shepherd consensus and avoid a railroad shutdown. Another government-related avenue would be Congressional action, which could force acceptance of terms or extend a negotiation period further - but that would require agreement among lawmakers in a split government environment.

The Association of American Railroads (AAR) - affiliated with the Class I railroads - says damage from a work stoppage would be upwards of $2 billion a day - with about one-third of all domestic freight and thousands of passengers suddenly looking for railroad alternatives. The American Chemistry Council last week released a study saying about $2.8 billion in chemicals cargo each week would be impacted by a work stoppage, which could further fuel a recession. The Council called on Congress to step in to prevent a strike, something the carriers endorse as well. Union leadership on the other hand, says the ball is in the court of railroad negotiators to keep a strike from occurring. Supply chains already had a taste of shutdown-related activity in September before the tentative agreement occurred - as railroads and shippers began preparations to keep passengers and cargo from getting stuck if a strike began. Preparations for a potential work stoppage in December would then likely begin about a week ahead of the date - so even if an eleventh hour agreement occurs, passengers and shippers may see brief impacts during this period.

Looking for help moving freight by rail or otherwise? Drop us a line here at InTek Freight & Logistics, and we'll discuss how you can put us to work for your company. Get more information about freight and logistics - and what we do at InTek - at our Resources page. Or you can start with a few of the links below: