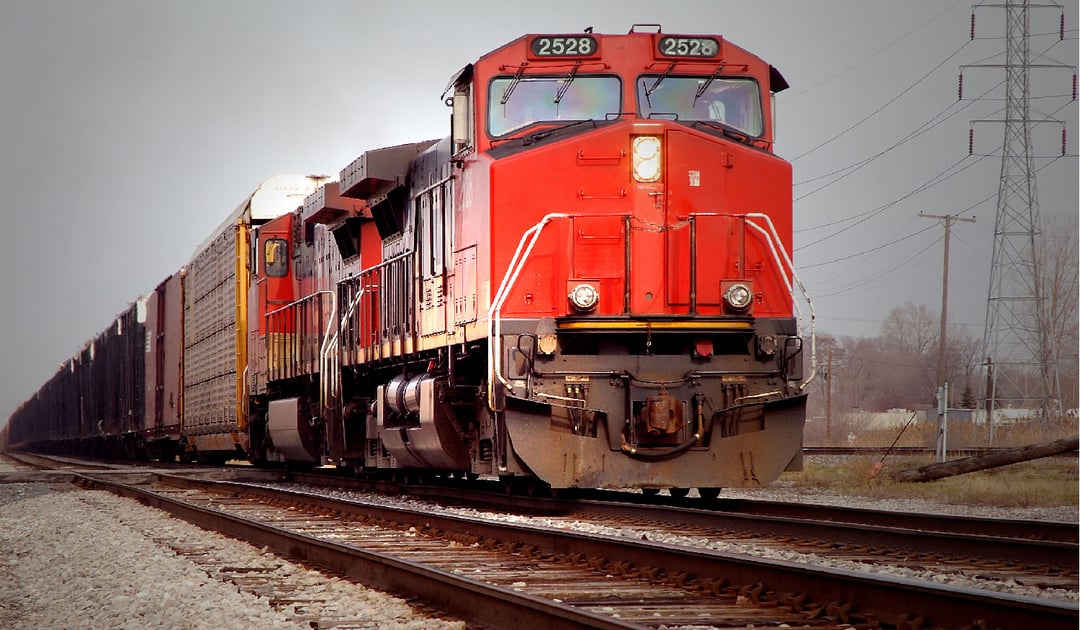 While much of the country slept, the two largest unions representing rail workers and Class I railroads reached a tentative agreement for a new contract in the early morning hours the day before a strike could have begun. Negotiators from the Brotherhood of Locomotive Engineers (BLET) and Trainmen and the SMART Transportation Division, along with the Brotherhood of Railroad Signalmen reached the agreement with the National Carriers Conference Committee following about 20 hours straight of in-person talks at the offices of Secretary of Labor Marty Walsh in Washington. During the negotiating session, President Biden reportedly spoke to those at the table urging an agreement to avert a shutdown of the nation's railroads that could've begun Sept. 16 - warning of the damage it would cause the broader economy. That damage, according to the AAR, would've been upwards of $2 billion a day - with about one-third of all domestic freight and thousands of  daily passengers suddenly looking for alternatives to rail. The tentative agreement reportedly follows the recommendations of the Presidential Emergency Board (PEB) No. 250 when it comes to compensation, with a 22% nominal and 24% compounded total salary increase, five $1,000 bonuses for service recognition and one additional paid day off. The hang-up in negotiations continued to involve quality of life issues raised by unions, including overtime, on-call and other scheduling concerns which were not addressed by the PEB. The railroads wanted to stick to the Board recommendations, but sometime overnight the NCCC reportedly budged from that position, paving the way for a deal. A joint union statement indicates the tentative agreement exempts “time off for certain medical events" including routine and preventative medical care, hospitalizations and surgical procedures - something the unions say had never been a part of previous contracts. The unions also indicate the deal includes provisions that will create voluntary assigned days off for members working in thru freight service, and all members will receive one additional paid day off. And the other sticking point - healthcare costs - is addressed with a freeze on members' monthly health care contributions at the end of the agreement while negotiations for the next one take place. While the other unions that had previously reached tentative agreements that basically reflected PEB recommendations without these additional provisions, all will benefit from this deal's terms as well under "me too" clauses. President Biden praised the deal, saying "These rail workers will get better pay, improved working conditions, and peace of mind around their health care costs: all hard-earned. The agreement is also a victory for railway companies who will be able to retain and recruit more workers for an industry that will continue to be part of the backbone of the American economy for decades to come."

An immediate next step now that a work stoppage won't occur on September 16 is getting the nation's rail system back up and running. Class I railroads had wound down freight services, and Amtrak had canceled trips in anticipation of a shutdown. Services are ramping back up again both on the passenger and freight sides with the announcement of the tentative agreement. Beyond Friday, the other caveat is approval of the tentative agreements by the more than 100,000 rank and file union members affected by them. The agreements announced today and those reached over the last couple of weeks are all tentative until members ratify them. In fact, one such smaller union - the International Association of Machinists and Aerospace Workers (IAM) District 19 - just yesterday announced its members rejected an initial deal. Negotiators for another union, the Brotherhood of Railroad Signalmen (which was present in the latest negotiations), did not even receive authorization to send its earlier tentative agreement for a ratification vote. Expectations are with the added benefits from the overnight negotiating session that IAM membership would approve the new deal at this point and the Brotherhood would get to vote on theirs, but nothing is certain as these often contentious negotiations have dragged on for nearly three years. If union members do not ratify these agreements, a strike or lockout would be back in play, as would the dramatic ripple effects on food supplies, manufacturing activities, ports and supply chains in general. The only recourse then outside of a voluntary agreement would be Congressional action, which has a murky at best outlook. But for now, union membership will review and vote on the tentative deals and day-to-day operations will continue uninterrupted in the meantime.

Looking for help moving freight by rail or otherwise? Drop us a line here at InTek Freight & Logistics, and we'll discuss how you can put us to work for your company. Get more information about freight and logistics - and what we do at InTek - at our Learning Center. Or you can start with a few of the links below: