The biggest questions on intermodal tend to be around damage and understanding the differences between intermodal and truckload shipping.

Even though intermodal damage is averages only 0.2% of all delivered loads, as is stated on the Union Pacific website, it is important to discuss what is causing the damage so your company is not part of the statistic.

And the way not to be one of the statistics is to learn about harmonic vibration that occurs with intermodal shipments.

The dictionary.com definition of harmonic vibration is periodic motion consisting of one or more vibratory motions that are symmetric about a region of equilibrium.

To begin with harmonic vibration is associated with intermodal and not over-the-road truckload shipments because the vibration comes from the long haul train segment of the shipment.  This one difference is what causes the majority of problems shippers have with damage on intermodal shipments, with the second being that of weight, which you will soon find out has a lot to do with harmonic vibration.

Every rail shipment is subject to harmonic vibration.  The vibration is a slow steady vibration that causes the pallets to float at one speed.  Each load floats at different harmonic vibration speeds because the density of shipments vary, based on the product being shipped.

So, as a train travels on the rail for an extended period at the critical speed for a particular load, the product will move laterally and longitudinally in the intermodal container because of harmonic vibration.

The pallets stacked with product will not only move on the decking of the container, but the pallet stack has the potential to fall apart if the product is not tightly wrapped or banded to its pallet.

As we often describe it to those new to intermodal shipping, think of harmonic vibration in terms of the old football vibration kids game where each player would line up their football player pieces on a metal board.

So, for those that were not familiar with the game and watched the 30 second video above found the vibration was gentle and consistent, like the vibration an intermodal container experiences on the rail tracks. Harmonic vibration is not jarring to a shipment, as can happen to a truckload trailer traveling over a rough road, but the slow and steady vibration can cause damage if the load is not properly blocked and braced in the container to account for the harmonic vibration.

The damage can come from the pallets of product shifting on the floor of the container and rubbing against themselves and / or the vibrations cause a poorly stretch-wrapped pallet to fall and cause the product to fall. 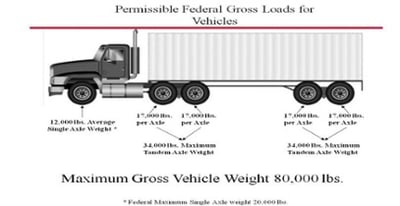 This shifting of weight is a frustration to shippers new to intermodal when they find their shipment was legal at origin, but becomes illegal at destination.

Blocking and bracing can be done through a number of techniques to mitigate the effects of harmonic vibration by holding the contents of the shipment in place from origin to destination.

While distribution center and warehouse operation groups tense up when they hear they have to block and brace for intermodal loads, quite often it only takes a couple of 2x4’s secured with some 16d nails.

So, for a little extra effort and materials at the time of loading your company can significantly save on its shipping expense and increase its capacity options with intermodal.

Hopefully you found the above information to be helpful and if ever you are looking at alternatives to your shipping needs we here at InTek would like to be a part of that conversation.

Learn more about InTek Freight & Logistics and follow us on our weekly blogs.