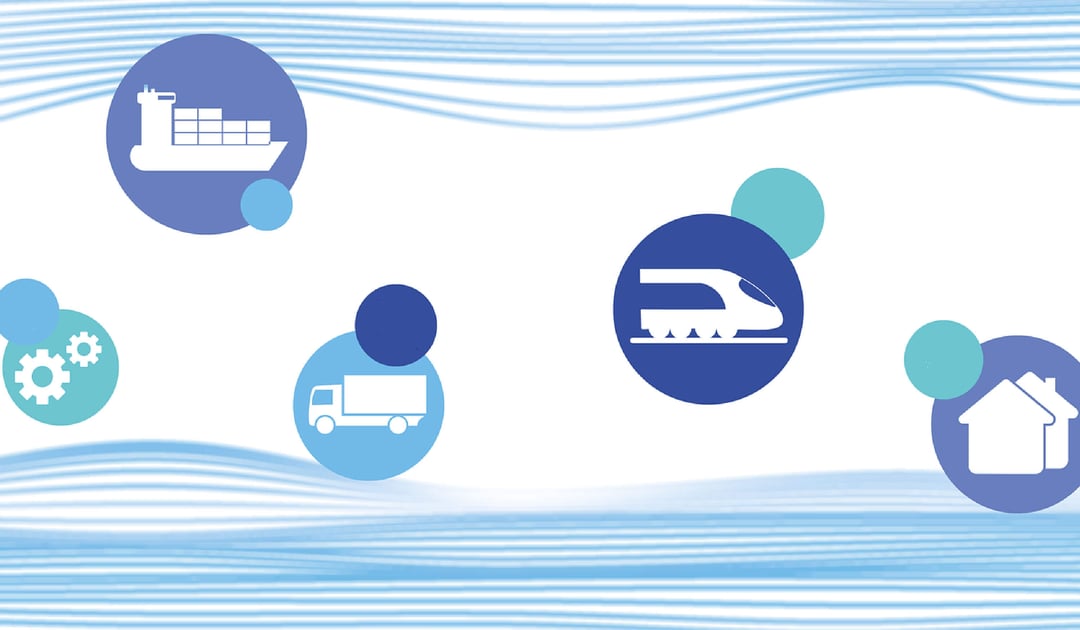 With Labor Day already a week in the past, the status of supply chains hinges not only on how much demand to associate with peak season, but also on whether a railroad strike stops intermodal freight in its tracks. Let's start first with the story we've been tracking regularly as negotiations between unions representing railroad workers and the Class I railroads have gone through numerous twists and turns - especially in recent months. As of this writing, we are just four days from a Sept. 16th end of the mandatory cooling off period enacted when President Biden appointed a Presidential Emergency Board to assess negotiations between the two sides, and still the two largest unions representing between 70 and 100,000 employees (the engineers and conductors) have no agreement. Indications from leadership suggest a strike is the next step, as they feel working conditions and attendance policies - including specifically an on-call provision- are a non-starter, even with seemingly general agreement on raises and salary structure. The PEB recommendations steered clear of working conditions and work-life balance issues, suggesting those be left for separate local arbitration . If a strike - or any work stoppage for that matter - were to occur, Congress would legally be able to step in to take action if members could agree what that action should look like. Theoretically, they could extend the cooling off period, order all sides to mediation or even order all sides accept a new deal with terms of Congress' choosing. However, the "if members could agree" is the rub in a particularly partisan environment. Democrats who control both chambers - and are routinely seen as pro-union - are being urged by labor leaders to sit this one out. But with a looming mid-term election, they'd also rather not see voters' attention turn to back to supply chain concerns resulting from railroad shutdowns. On the other side, Republicans may be just fine with a change in narrative for voters as other issues currently front-of-mind have been less favorable to their election prospects. The railroads for their part, seem inclined to have Congress enforce an agreement based on the PEB recommendations, which have already led to tentative contracts with multiple unions (though the work-life balance issues would fall under the policies agreed to with the two largest unions in a "Me too" arrangement). In other words, absent a voluntary agreement between these unions and the railroads to either extend the cooling off period themselves or reach a long-term deal, what happens on September 16 and beyond is anyone's guess.

The status of supply chains generally as we continue through the traditional peak freight period largely depends on the labor action on the rails. Already though, railroads are planning slowdowns or outright shutdowns of reservations and intermodal freight traffic a few days ahead of the potential strike date, meaning at least some level of disruption is already beginning to take shape before any work stoppage. The railroads say this is to avoid leaving expensive cargo or hazardous materials sitting on idle trains for an extended period if a strike does occur - while stressing they are not giving up on an agreement. Though union leaders suggest this action is coming too soon and has ulterior motives. In the broader sense, experts have weighed in on just what a work stoppage would mean for supply chains, and the implications would be far-reaching. Nearly a third of domestic freight travels by train, so that cargo would need to find other modes to keep moving. The American Association of Railroads - which represents the rail industry -  estimates a $2 billion economic impact on the U.S. for each day railroads are shut down. A rail shutdown would impact container movement from major ports, potentially causing backups of ocean freighters again, and cause a run on trucking capacity, likely leading to a rapid rebound in rates. Grain storage facilities that rely on the railroad would also encounter stress, risking spoilage and jeopardizing food supplies. For the freight that does stop moving altogether, consumers may start seeing shortages on store shelves again and rising prices for both necessities and seasonal products as holiday shopping gets started.

While the railroad situation is dominating the news, traditionally peak freight season has actually gotten off to a slow start. According to the Logistics Managers Index report, August saw a slowdown in logistics industry growth, with experts blaming falling consumer demand, rising inventory and a freight market with more capacity than it's had since the early stages of 2020. Our own intermodal index shows rates and volume heading downward. And as mentioned earlier, truckload spot rates have been on a general decline. Ocean freight, too, is moving slower than usual - especially during this traditional peak period. So is peak season a thing of the past? Probably not. The timing of this slowdown seems to have more to do with a correction back to normal after a two-year stretch of all peak, all the time. But there's still plenty of uncertainty heading into the last quarter of 2022, not only due to the rail situation but with uncertain inflation and consumer demand affecting just how the marketplace goes.

Are you looking to keep your freight moving even with an uncertain supply chain environment? At InTek Freight & Logistics, we can help. Just reach out and we'll discuss how you can put us to work for your company.

Get more information about freight and logistics - and what we do at InTek - at our Learning Center. Or you can start with a few of the links below: